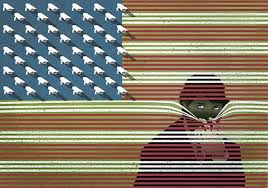 Big U.S. tech providers are changing their policies to provide customers with alerts when their records have been subpoenaed by the U.S. government, according to the Washington Post.

Facebook, Google, Microsoft and Apple are among the companies that have become alarmed by the governments data gathering methods. They are often given subpoenas for customer information stored in their cloud systems and are instructed not to alert the customer about the search.

These companies have decided to take the side of the cusomter despite the subpoenas. According to the report:

“This increasingly defiant industry stand is giving some of the tens of thousands of Americans whose Internet data gets swept into criminal investigations each year the opportunity to fight in court to prevent disclosures. Prosecutors, however, warn that tech companies may undermine cases by tipping off criminals, giving them time to destroy vital electronic evidence before it can be gathered.”

Industry lawyers say the companies will start ignoring instructions that tell them not to alert subjects about these data requests.