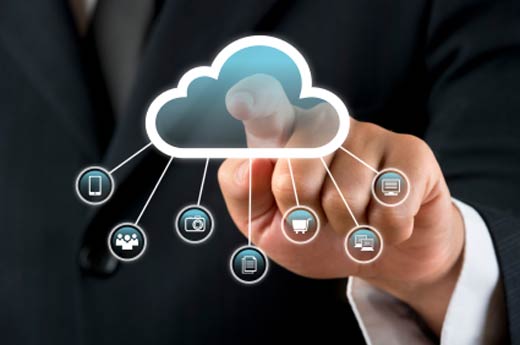 But what does that mean?

The easiest way to not only understand what cloud computing is but also gain insight into why it’s gaining in popularity, is to compare it to the evolution of public utilities. For example, let’s look at the evolution of electricity.

Back in the industrial age, factories had to produce their own power in order to run machines that produced the hard goods they manufactured. Be it textiles or railroad spikes, using machines gave these companies enormous competitive advantages by producing more goods with fewer workers and in less time. For many years, the production of power was every bit as important to their company’s success as the skill of their workers and quality of their products.

Unfortunately, this put factories into TWO businesses: the business of producing their goods and the business of producing power. Then the concept of delivering power (electricity) as a utility was introduced by Thomas Edison when he developed a commercial-grade replacement for gas lighting and heating using centrally generated and distributed electricity. From there, as they say, the rest is history.

The concept of electric current being generated in central power plants and delivered to factories as a utility caught on quickly. This meant manufacturers no longer had to be in the business of producing their own power. In fact, in a very short period of time, it became a competitive necessity for factories to take advantage of the lower cost option being offered by public utilities. Almost overnight, thousands of steam engines and electric generators were rendered obsolete and left to rust next to the factories they used to power.

What made this possible was a series of inventions and scientific breakthroughs – but what drove the demand was pure economics. Utility companies were able to leverage economies of scale that single manufacturing plants simply couldn’t match in output or in price. In fact, the price of power dropped so significantly that it quickly became affordable for not only factories but every single household in the country.

Today, we are in a similar transformation following a similar course. The only difference is that instead of cheap and plentiful electricity, advancements in technology and Internet connectivity are driving down the costs of computing power. With cloud computing, businesses can pay for “computing power” like a utility without having the exorbitant costs of installing, hosting, maintaining, upgrading, and supporting it.

In fact, you are probably already experiencing the benefits of cloud computing in some way but hadn’t realized it. Below are a number of cloud computing applications, also called SaaS or “software as a service,” you might be using:

If you think about it, almost every single application you use today can be (or already is) being put “in the cloud” where you can access it and pay for it via your browser for a monthly fee or utility pricing. You don’t purchase and install software but instead access it via an Internet browser.

Pure Cloud: This is where all your applications and data are put on the other side of the firewall (in the cloud) and accessed through various devices (laptops, desktops, iPads, and mobile devices) via the Internet.

Hybrid Cloud: Although “pure” cloud computing has valid applications, for some, it can be a scary first step. A hybrid cloud enables you to put certain pieces of your existing IT infrastructure (say, Business Continuance and Disaster Recovery) in the cloud, while the remainder of the IT infrastructure stays on premise. This gives you the ability to enjoy the costs savings and benefits of cloud computing where it makes the most sense without the risk of being out of compliance, if you are in a highly regulated industry.

Point Solutions: Another option would be simply to put certain applications, like Microsoft Exchange, Email Encryption, CRM, or Accounting in the cloud while keeping everything else onsite. Since e-mail is usually a critical application that everyone needs and wants access to on the road and on various devices (iPad, smart phone, etc.) then often this is a great way to get advanced features of Microsoft Exchange without the cost of installing and supporting your own in-house Exchange Server, Operating System, and Licensing.

Public Cloud vs. Private Cloud: Public Clouds are services that anyone can tap into with a network connection and a credit card. They are shared infrastructures that allow you to pay-as-you-go and managed through a self-service web portal. Private clouds are essentially custom built infrastructures that mimic public cloud services, but are on premise. Private clouds are often the choice of companies who want the benefits of cloud computing, but don’t want their data held in a public or offsite environment. Another term used today for Private Clouds is Converged Infrastructure. If you are in a highly regulated industry, then a private or a hybrid cloud makes sense.

Click here to see what else we're bringing to ILTA 14!