WARNING: Your Business Is More Likely to Be the Victim of Cybercrime NOW than Ever Before … Take These Steps Today so You Don’t get Hacked! 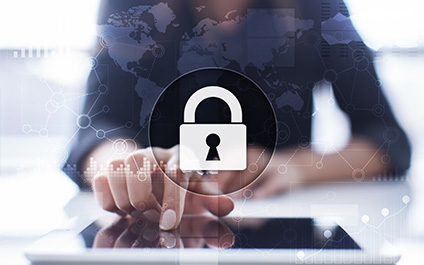 Though we’re in the midst of an unprecedented rise in high-profile cybercrime incidents, it’s easy to assume that our own much smaller businesses are safe. Sure, we think, hacking into the data stores of J.P. Morgan, the U.S. Government, or Virgin America can net hackers millions and millions of dollars. Why would they bother with a small business?

But unfortunately for all of us, hackers actually do bother with small businesses across the country — they just don’t make the news. By some estimates, including one reported in Media Planet, more than half of small businesses have had their data compromised. According to StaySafeOnline.org, these attacks, targeting small to midsize companies, now compose over 70 percent of all data breaches. What’s worse, this digital onslaught shows no sign of slowing. In fact, ransomware attacks alone have increased 250% since 2016, accompanied by higher rates of malware, phishing, and other forms of cybercrime.

Once you see these numbers, it’s easy to understand why hackers seek the little guy. These days, massive corporations like Google or Citigroup employ incredibly sophisticated digital measures. Their digital vaults, though containing ludicrously attractive sums of potential money to grab, are located at the end of a virtual labyrinth covered in traps, with a final, inches-thick steel door protecting their assets for good measure. In contrast, the digital assets of small businesses are often hidden behind nothing more than a single, often weak, password. With thousands of business owners going about their day-to-day, utterly oblivious to their paper-thin security, the question turns from “Why would hackers bother with my small business?” to “Why wouldn’t they?”

Though cybercriminals may come away with less than they might have had they targeted a Fortune 500, it certainly isn’t going to seem cheap to you. According to one TechRepublic analysis, an average cyber-attack on a small business can cost as much as $256,000. Is that a sudden cost your company can weather?

Luckily, there is hope. Though small business owners often assume that effective cyber security solutions lie far outside their budget range, robust digital security is now more affordable than ever. By investing in comprehensive protection, small businesses can deflect even the most persistent hackers.

Today, a cyber-attack on your business is almost statistically inevitable. And when that attack comes, you’ll definitely want to be prepared. If you haven’t needed a doctor for the past two years, does that mean you’re going to abandon your health insurance coverage? Of course not. What about car insurance? Does it become unnecessary in the absence of a crash? No, because even if you’re the best driver in the world, sometimes a collision is out of your control.

What’s more, both your body and your car require regular upkeep and maintenance to remain in peak condition. It’s no different with your network security. As technology hurdles forward at an ever-increasing speed, the ways that hackers can infiltrate your network multiply. The best digital security platforms constantly update, enabling them to anticipate these shifts and prevent them from becoming liabilities. This way, you can be proactive prior to a digital crisis, ensuring that no matter what comes, your network is protected.

Even as digital crime climbs at a staggering rate, and hundreds of small businesses are forced to close their doors for good, thousands of owners fail to notice, assuming they’ll somehow be spared from an attack. Don’t be one of them. Invest in regularly maintained, powerful cyber security, and ensure the future of your company.

Are you completely fed up with chronic computer problems and escalating IT costs? Do you worry that your backups and IT security are lacking? Do you have a sneaking suspicion that your current IT guy doesn't have a handle on things? Our free IT optimization plan will reveal gaps and oversights in your computer network and show you how to eliminate all your IT problems and never pay for unnecessary IT expenses again.

Important! We hate spam as much (or more!) than you and promise to NEVER rent, share, or abuse your e-mail address and contact information in any way.

Ready to learn more about how TOSS C3 can move your business forward?