Why it’s time for the U.S. to get serious about it’s broadband problem 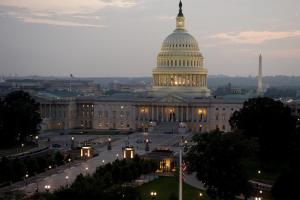 A recent international ranking placing the United States 35th in bandwidth has generated anotherround of commentary about how our broadband offerings compare to others. Unmentioned was that a year earlier, the then FCC Chairman gave a speech advocating the need for much faster, gigabit broadband networks throughout the United States.

Its absence might be seen as surprising; after all, a speech on point by the leading regulator generally plays a central role in framing the debate. It’s not surprising, however, in light of it being the most amateurish speech ever given by an FCC Chair, one symptomatic of the policy problem.

Don’t get me wrong; I was delighted that several years after the 2010 National Broadband Plan identified the need for a critical mass of communities with the world-leading bandwidth, the Chairman finally used his bully pulpit to agree. Further, I have spent the lion’s share of my time since I finished the Plan volunteering with efforts designed to achieve that goal. Nonetheless, I saw the speech as amateurish, as that term is used in the military adage about where to focus one’s attention: “amateurs talk tactics; professionals study logistics.” In the case of policy, the guide should be, “amateurs talk strategy, rank amateurs talk aspirations, and professionals study execution.”

The speech was full of aspirations but devoid of any analysis of why we don’t already have such networks throughout the U.S. It’s not a difficult analysis. We who wrote the Plan reviewed a record demonstrating that current market forces were unlikely to produce gigabit networks within any reasonable future. That analysis, and our subsequent discussions with various parties, helped pave the way for the Google Fiber project, which itself has spawned other gigabit projects.

As the Chairman ignored that analysis, it is not surprising that the strategy and tactics he proposed bordered on the absurd. He issued a “challenge” that there be a gigabit network in every state and proposed the FCC establish a best practices clearinghouse. This would make sense, I suppose, if the barrier to gigabit networks were that up until that moment the Chairman had neglected to request them — dubious — or that such a clearinghouse was not already available; also doubtful as several organizations already provided them.

It is not surprising, therefore, that the impact of the speech in the real world was zilch. Yes, it garnered tremendous press attention in the subsequent news cycle and succeeded in associating the Chair with faster networks. It has not, however, lead to a single network being planned or deployed, nor a single change in policy that would improve the environment for gigabit deployments. Actually, as a subsequent hearing demonstrated, the Chairman’s own policies made the deployment environment more difficult.

Despite that, our country has made significant progress towards deploying gigabit networks, but that is entirely due to professionals—largely city officials who understand both the need and the way to adjust policy levers to improve the economics of deployment and engineers in companies finding more efficient deployment methods. These types are not big on speeches but they are willing to dig into the arcane problems of access to rights of way, pole attachments, construction permitting and other factors that affect incentives to upgrade.

A focus on execution does not guarantee success. Some deployments are succeeding; others are not. After all, when it comes to gigabit networks, all efforts are in beta. We are at the beginning of an upgrade cycle in which there are no tried and true turnkey solutions. At this stage, risk is higher. But someone has to undertake that risk for progress to follow. The broadband bonanza we enjoy today owes a great debt to efforts such as Time Warner’s Qube, Apple’s Newton, and @Home; all failed as a business matter but each demonstrates that a failed project can still advance the mission.

The mere expression of aspiration, however, does not. During and since my time working on the United States Broadband Plan, I have studied and been consulted on similar efforts around the world. A common lesson is execution matters more than aspiration. A commitment to periodic evaluation and course correction when obstacles arise can overcome inadequate aspiration. But the greatest aspiration will fail if execution is deficient.

In light of this, the debate over today’s international rankings in misguided. A single metric is likely misleading. More important, given the long timetable of network deployments, what is true today reflects decisions of years past. The right debate is what should we be doing today to position ourselves to lead in the decade to come and that debate must evolve over time, as markets and technology change.

The prospect of gigabit networks is something to wish for, particularly in light of the court decision throwing out the FCC’s network neutrality order. In a world of abundant bandwidth, concerns about allocating scarce bandwidth in an anti-competitive way diminish. If, however, we want to lead in the next generation of the internet, as we did in its first, we need leadership that models itself on generals who focus on supply chains, rather than talking heads who focus on sound bites. A strategy premised on “build it and they will come” is questionable but if our national policy is premised on “ask and they will build it” there is no question that our country will struggle to lead in the bandwidth delivered economy of the 21st century.